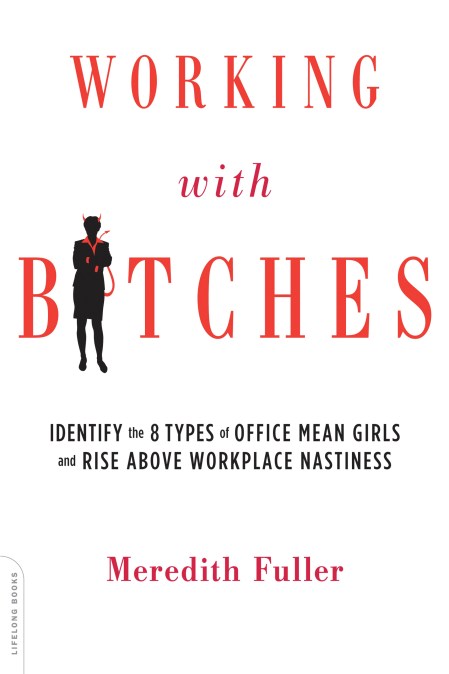 by Meredith Fuller
What do you do when the queen bee demands to know why you haven't written the report she never asked for? Or when the colleague who you thought was your friend takes sole credit for the project you worked on together?

It's hard to speak out about catty behavior, especially when it's insidious or goes on behind your back. But you can usually sense when something's “off”—particularly if you're completely stressed out and hate the job you used to love. Let's face it, ladies: there are plenty of nasty, manipulative, and destructive women in the workplace who fly under the radar while ruthless alpha males get all the bad press.

In Working with Bitches, psychologist Meredith Fuller offers practical advice on how to recognize and manage difficult women at work. Dr. Fuller combines actual cases with tips that women can use right away to defuse even the worst situations. Readers will learn how to deal with the eight types of “mean girls” they might face in the office and find powerful reassurance that they are not alone. 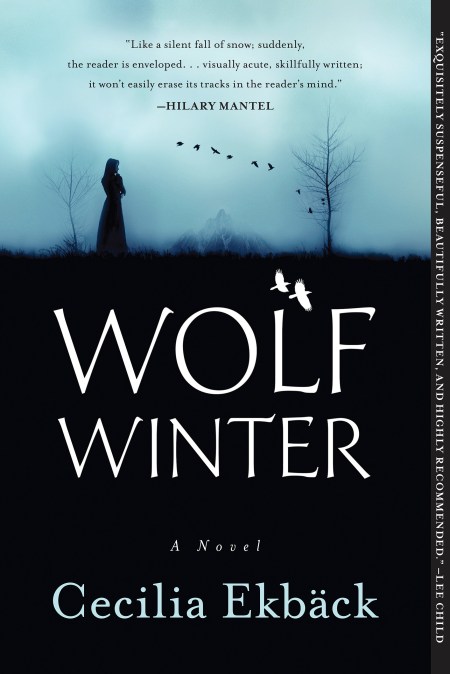 “Wolf winter,'” she said, her voice small. “I wanted to ask about it. You know, what it is.” He was silent for a long time. “It’s the kind of winter that will remind us we are mortal,” he said. “Mortal and alone.”

Swedish Lapland, 1717. Maija, her husband Paavo and her daughters Frederika and Dorotea arrive from their native Finland, hoping to forget the traumas of their past and put down new roots in this harsh but beautiful land. Above them looms BlackÃ¥n, a mountain whose foreboding presence looms over the valley and whose dark history seems to haunt the lives of those who live in its shadow.

While herding the family’s goats on the mountain, Frederika happens upon the mutilated body of one of their neighbors, Eriksson. The death is dismissed as a wolf attack, but Maija feels certain that the wounds could only have been inflicted by another man. Compelled to investigate despite her neighbors’ strange disinterest in the death and the fate of Eriksson’s widow, Maija is drawn into the dark history of tragedies and betrayals that have taken place on BlackÃ¥n. Young Frederika finds herself pulled towards the mountain as well, feeling something none of the adults around her seem to notice.

As the seasons change, and the “wolf winter,” the harshest winter in memory, descends upon the settlers, Paavo travels to find work, and Maija finds herself struggling for her family’s survival in this land of winter-long darkness. As the snow gathers, the settlers’ secrets are increasingly laid bare. Scarce resources and the never-ending darkness force them to come together, but Maija, not knowing who to trust and who may betray her, is determined to find the answers for herself. Soon, Maija discovers the true cost of survival under the mountain, and what it will take to make it to spring. 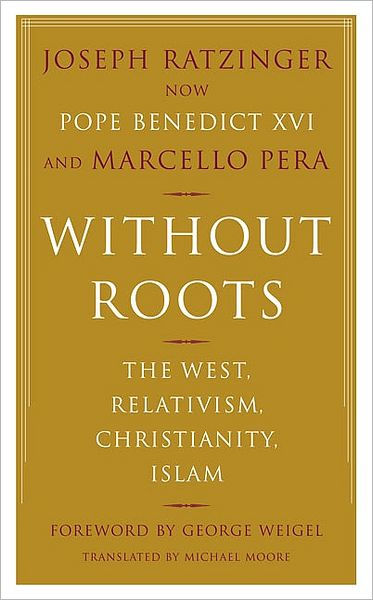 by Joseph Ratzinger by Marcello Pera
On May 12, 2004, Pope Benedict XVI – then Cardinal Joseph Ratzinger-addressed the Italian Senate on the state of the West; the very same day, Joseph Pera, President of the Italian Senate, spoke before the Lateran College of the Papal University. Together they called upon the West to confront the spiritual, cultural, and political malaise that have afflicted it in the earliest years of the 21st century. In the months that ensued, before Cardinal Ratzinger’s election to the papacy, they developed their ideas into the eloquent dialogue that is Without Roots – a book that quickly became an Italian bestseller and is even more timely today than ever. With Europe shaken by the war in Iraq, terrorism, security, Israel, relations with the U.S., immigration, and the rejection of the EU constitution in both France and the Netherlands, the issue of European identity has profound implications for the rest of the world. Bringing together their unique vantage points as leaders of Church and State, Pope Benedict XVI and Pera challenge us to imagine what can be the future of a civilization that has abandoned its history for a relativist secularism. They call on the West to embrace a spiritual rather than political renewal-and to accept the moral beliefs that alone can help us to make sense of changes in technology, economics, and society. Pope Benedict XVI joins the President of the Italian Senate to offer a provocative critique of the spiritual, cultural, and political crisis afflicting the West.

by Margaret Maron
In the chilling twelfth installment of this award-winning series, Judge Deborah Knott’s new marriage will be tested as she and her new husband are drawn into an emotional hunt for his missing ex-wife and son.

It’s one month after their wedding, and the future looks bright for Judge Deborah Knott and Sheriff Deputy Dwight Bryant––until a disturbing call from Dwight’s 8-year-old son Cal calls him back to Virginia. When he arrives, he is shocked to find that his ex-wife has left the boy alone for almost 24 hours. Worse, as Dwight tries to confront her, she takes the child and leaves town without a word. As Dwight embarks on an all-points search, Deborah hurries to his side. But will they be able to work together to decipher the ex-wife’s motives––and, more importantly, will they find young Cal before he comes to harm? 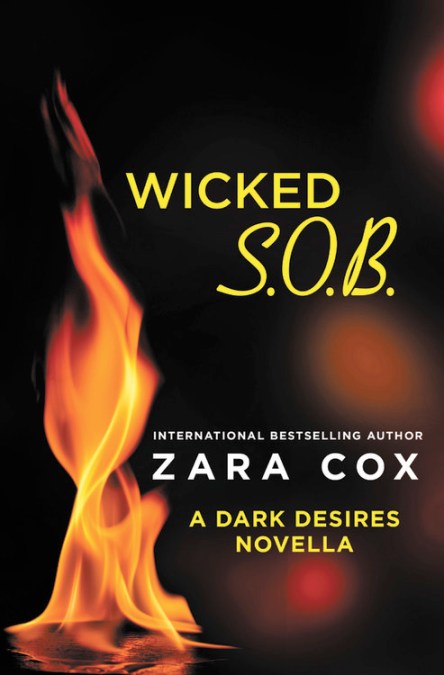 by Zara Cox
For so long, I lived for revenge. Now I live for her.
Ask anyone and they’ll tell you that Quinn Blackwood is not someone you mess with. I see. I want. I take. And you better not get in my way. That’s how I built my billion-dollar empire. That’s how I made my enemies pay. That’s how I won the one good, pure thing in my life, Elyse “Lucky” Gilbert. But after what I’ve done, my luck may have run out.

There is a fine line between love and obsession.
I’m not a fool. I didn’t think coming back to Quinn would be easy. That we would fall into a happy future and the darkness inside him would just disappear. Still, after everything we’ve been through, I couldn’t leave him to fight his demons alone. I’ve tried to convince myself nothing else matters as long as we’re together. But if I give him what he needs, will there be anything left of me? 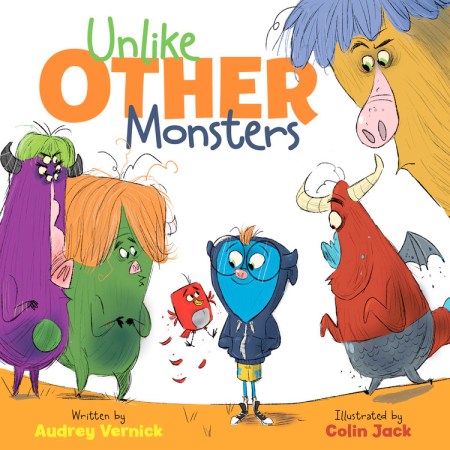 by Audrey Vernick Illustrated by Colin Jack
Zander is a monster. Monsters don’t have friends. They prefer to scare children and eat their raisin bread alone. Then one day Zander meets a bird, and the unexpected happens. They start to spend time together, and Zander is reminded of how he’s unlike other monsters. But does the fact they share secrets and hang out mean this is a fledgling friendship? And what will the other monsters think? 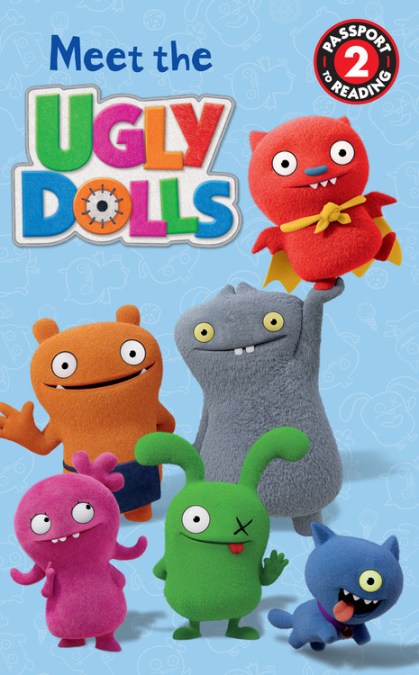 by Celeste Sisler
Meet the UglyDolls: Moxy, Ox, Ugly Dog, Wage, Babo, and Lucky Bat! Together, these free-spirited dolls will discover that you don’t have to be perfect to be amazing as they try to make their dreams come true. Relive the best film moments in this funny and heart-warming leveled reader. Celebrating imagination, love, friendship, and individuality, UglyDolls is sure to be a hit with young children everywhere.
Featuring a winning combination of favorite licensed characters and carefully controlled text, reading along or reading alone just got more fun with Passport to Reading! All books include a parent letter, word count, Guided Reading level, and number of sight words.
Level 2: Reading out Loud: Encourages developing readers to sound out loud, includes more complex stories with simple vocabulary.
TM & © 2019 Ugly Industries Holdings, LLC. All Rights Reserved. 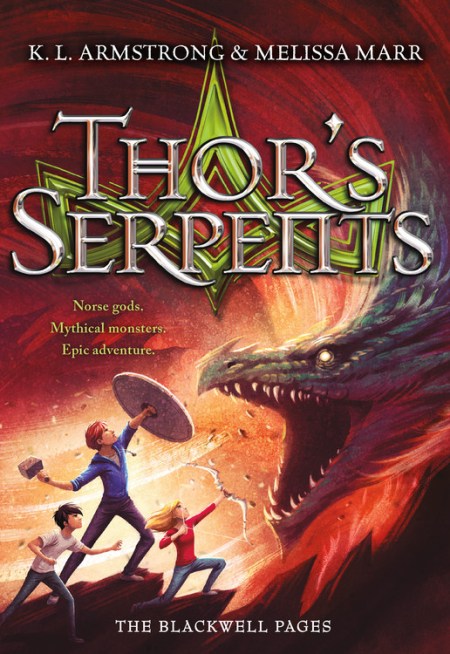 by K. L. Armstrong by Melissa Marr
For fans of Percy Jackson and the Olympians, the thrilling conclusion to The Blackwell Pages, written by New York Times bestselling YA authors, K.L. Armstrong and M.A. Marr.

Thirteen-year-olds Matt, Laurie, and Fen have beaten near-impossible odds to assemble their fellow descendants of the Norse Gods and complete epic quests. Their biggest challenge lies ahead: battling the fierce monsters working to bring about the apocalypse.

But when they learn that Matt must fight the Midgard Serpent alone and Fen and Laurie are pulled in other directions, the friends realize they can’t take every step of this journey together. Matt, Laurie, and Fen will each have to fight their own battles to survive, to be true to themselves, and to one another – with nothing less than the fate of the world hanging in the balance. 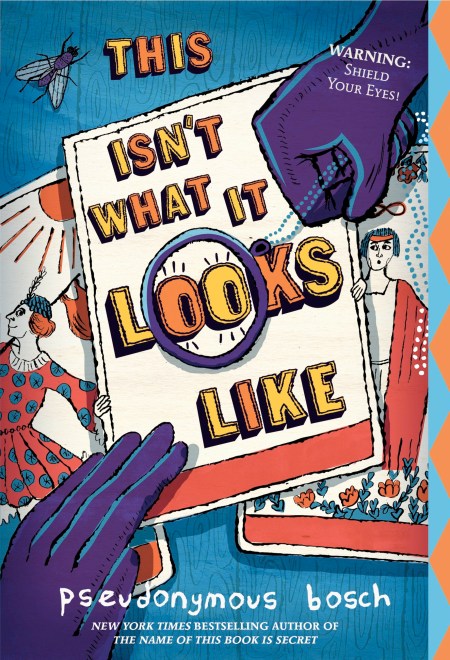 by Pseudonymous Bosch
The Secret Series continues in this dangerous and daring fourth adventure.

Cass finds herself alone and disoriented, a stranger in a dream-like, medieval world. Where is she? Who is she? With the help of a long-lost relative, she begins to uncover clues and secrets–piecing together her family’s history as she fights her way back to the present world.

Meanwhile, back home, Cass is at the hospital in a deep coma. Max-Ernest knows she ate Time Travel Chocolate–and he’s determined to find a cure. Can our expert hypochondriac diagnose Cass’s condition before it’s too late? And will he have what it takes to save the survivalist? 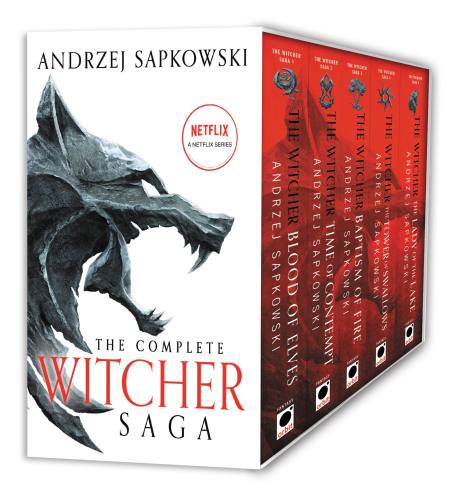 The Witcher Boxed Set: Blood of Elves, The Time of Contempt, Baptism of Fire, The Tower of Swallows, The Lady of the Lake

Andrzej Sapkowski created an international phenomenon with his New York Times bestselling epic fantasy series about Geralt of Rivia, which has gone on to inspire the hit Netflix show and the blockbuster video games. Now, for the first time in a single boxed set, and featuring stunning new cover designs, the five novels that comprise the Witcher Saga: Blood of Elves, The Time of Contempt, Baptism of Fire,The Tower of Swallows, and Lady of the Lake.

For over a century, humans, dwarves, gnomes, and elves have lived together in relative peace. But times have changed, the uneasy peace is over, and now the races are fighting once again.

Geralt of Rivia, the hunter known as the Witcher, has been waiting for the birth of a prophesied child. This child has the power to change the world—for good, or for evil.

As the threat of war hangs over the land the child, Ciri, is hunted for her extraordinary powers. Geralt and his allies, including the powerful sorceress Yennefer, must find a way to protect her, and to protect the world. And the Witcher never accepts defeat.

The Malady and Other Stories: An Andrzej Sapkowski Sampler (e-only)

Translated from original Polish by Danusia Stok and David French